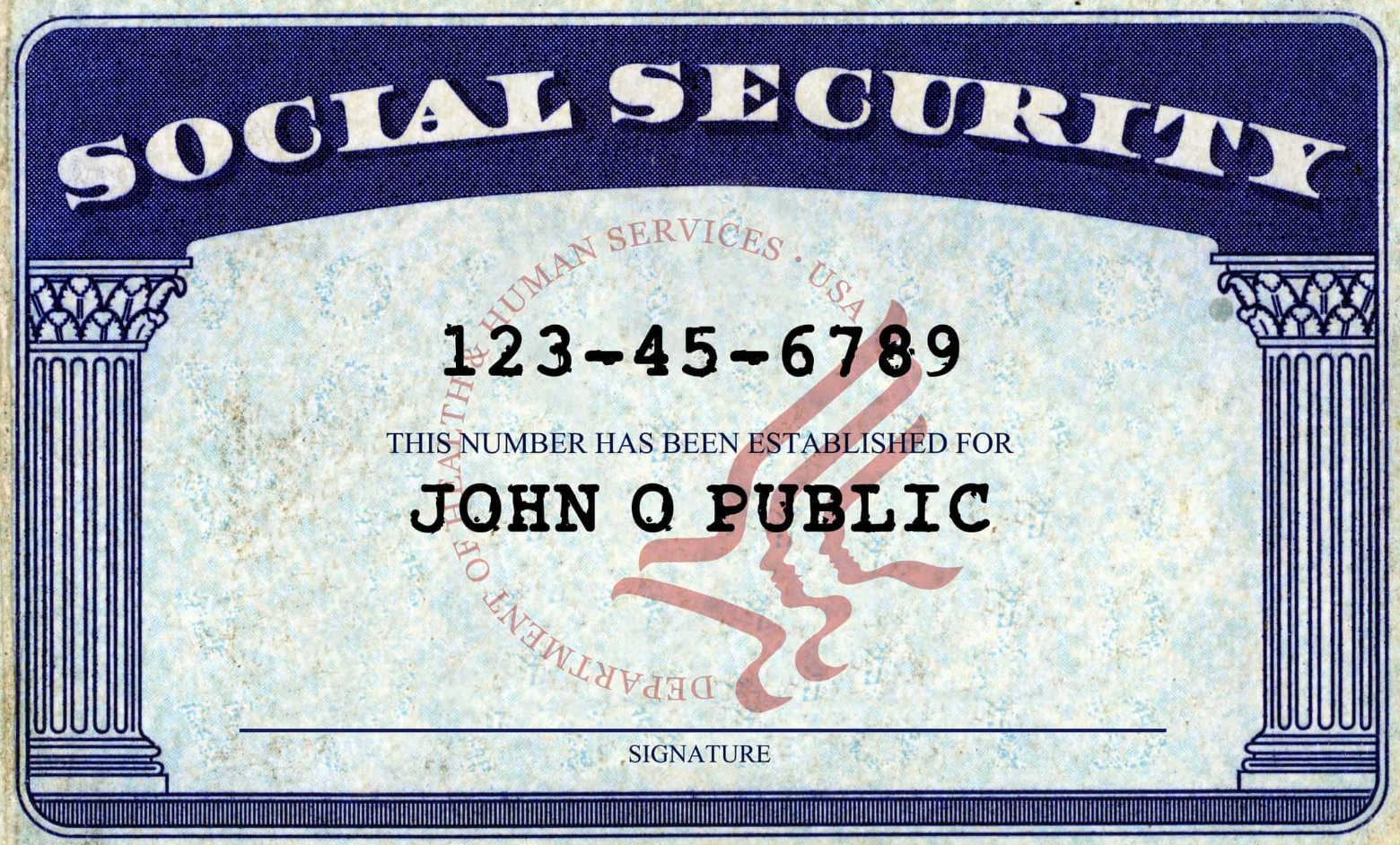 On August 14, 1935, President Franklin D. Roosevelt signed the Social Security Act into law. Initially, Social Security covered only old-age assistance and survivors, with the retirement age set at 65. At the time, the average life expectancy in the United States was 61 years of age. Disability insurance was added in August 1956. The Supplemental Security Income program was created in 1972. These social insurance programs are administered by the Social Security Administration.

There are other programs -- including Medicare, Medicaid, and Temporary Assistance for Needy Families (TANF) -- that were created by amendments to the Social Security Act. These programs, however, are administered by other agencies. Medicare and Medicare, for example, are administered by the Centers for Medicare and Medicare Services (CMS), which is housed under the Department of Health and Human Services.

Social Security benefits are paid out of two separate trust funds, the Old-Age and Survivors Insurance (OASI) Trust Fund and the Disability Insurance (DI) Trust Fund. These trust funds are largely through the taxation of wage under the Federal Insurance Contributions Act (FICA), more commonly known as the “payroll tax.” When Social Security was created, the payroll tax was 2 percent of gross income, split between the employer and employee, up to $3,000, or about $51,667 in 2017. Today, the payroll tax is 12.4 percent of gross income up to $132,900. 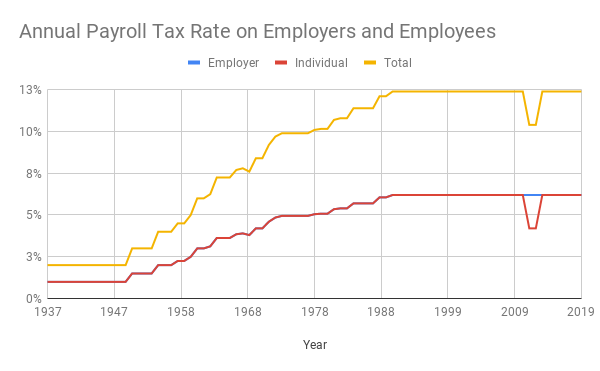 As we’re reminded every year when the Social Security and Medicare trustees report comes out, Social Security faces significant funding problems. This is because there aren’t enough people working to sustain the number of beneficiaries. In 1945, there were 41.9 covered workers per beneficiary. In 2018, there were 2.8 workers per beneficiary, and that ratio is expected to continue to decline. We’re also living a lot longer. The average life expectancy in 2016 was 78.69 years. We’re also not producing as many children as we used to. 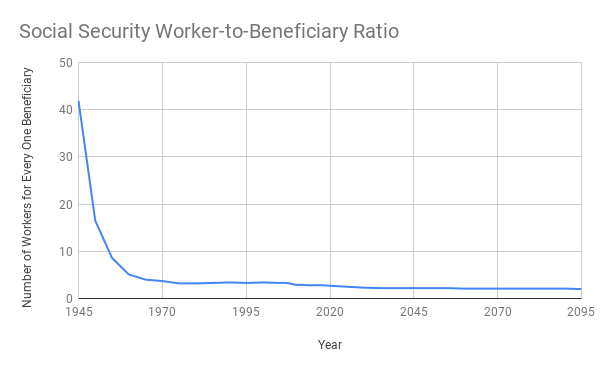 According to the 2018 report, Social Security faces $13.2 trillion in unfunded liabilities over the next 75 years. Some may say that this isn’t a big deal. After all, 75 years is a long time. But the concern is actually rather immediate. The DI Trust Fund will be depleted in 2032 and will pay out 96 percent of benefits. The OASI Trust Fund will follow suit in 2034, at which point be able to pay out only 77 percent of benefits.

All of that may sound good, but the chief actuary doesn’t score dynamic impacts on the economy. The payroll tax increase will hit every American employer, regardless of size, and employee, regardless of income level. This will have a markedly negative impact. Andrew Biggs of the American Enterprise Institute mentioned this in his written testimony last week to the subcommittee.

“Payroll taxes reduce take-home pay both directly and indirectly. The direct effect is via the employee share of the tax, which would gradually rise from 6.2 to 7.4 percent in the Social Security 2100 Act,” Biggs wrote. “The indirect effect is via the rising employer payroll tax. Most economists, as well as both the SSA actuaries and the CBO Social Security analysts, assume that employers fund payroll tax or other employee benefit increases by holding back on employee wages. Thus, employees would bear the full cost of higher Social Security taxes.”

In the case of the Social Security 2100 Act, the wage cap would be eliminated for wages above $400,000. Wages under this level aren’t indexed to inflation, so, over time, the wage cap would be eliminated. The chief actuary estimates that this will happen around 2048. This would have the effect of increasing the top marginal income tax rate by almost 15 percent. The top marginal rate will be 37 percent until January 1, 2026, at which point it will rise to 39.6 percent. Assuming the top marginal rate the individual tax code changes under the Tax Cuts and Jobs Act aren’t made permanent, this means the top marginal tax rate will effectively be 54.4 percent. 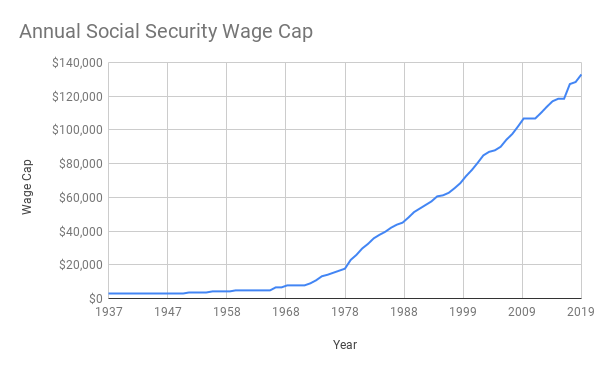 Social Security has to be addressed; there’s no question about that. Benefit cuts are likely to bring public backlash. As Rep. Henry Wadsworth (R-N.Y.) said during the floor debate on the Social Security Act in June 1935, “Pensions and annuities are never abandoned; nor are they ever reduced. The recipients ever clamor for more. To gain their ends they organize politically. They may not constitute a majority of the electorate, but their power will be immense.” (The quote is on page 6061 at the link.)