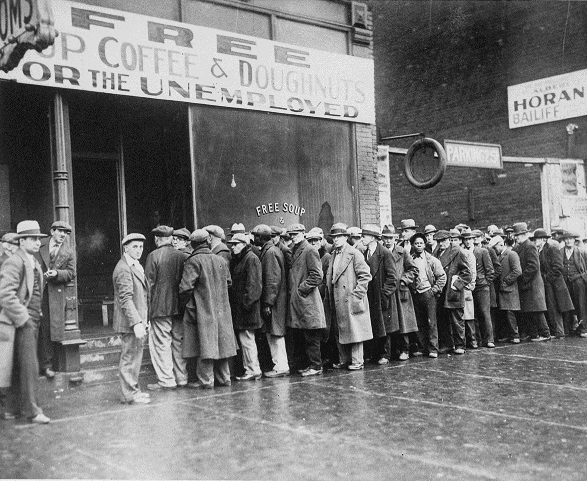 Earlier this year, White House press secretary Jay Carney suggested that Americans losing their jobs due to ObamaCare should be thankful. “At the beginning of this year,” he said, “we noted that as part of this new day in health care, Americans would no longer be trapped in a job just to provide coverage for their families, and would have the opportunity to pursue their dreams.”

Is the Obama Administration really trying to help Americans by putting them out of work, or is it just trying to create more voters by trapping them in a welfare state they are unable to escape? Trends over the last two decades indicate the latter.

As reports revealed late last year, the Census Bureau suggested that the number of those receiving means-tested welfare benefits exceeded the number of employees in the labor force for the first time in 2011, with 108 million people living in households that received benefits next to 102 million individuals who were employed.

The increase in civic participation has corresponded with a massive expansion of the welfare state. In 1990, means-tested welfare spending constituted $215 billion in spending by state and federal governments. That rose to $434 billion in 2000; $714 billion in 2008, after eight years of President Bush; and $1.03 trillion in 2011.

How substantial have means-tested welfare programs been as part of federal spending? A paper authored by Robert Rector and Jennifer Marshall puts it in perspective:

Since the beginning of the War on Poverty in the mid-1960s, government has spent $19.8 trillion (in inflation-adjusted 2011 dollars) on means-tested welfare. By comparison, the combined cost of all the wars in American history — from the Revolutionary War through the current war in Afghanistan — has been $6.98 trillion (in 2011 dollars). The War on Poverty has thus cost three times as much as all of our real wars combined.

Similarly, states with high welfare benefits see higher voter turnout as well. Minnesota, which had 78 percent of voters turn out for the 2008 presidential election, was praised by one CNN piece for a “civic-minded culture” that encourages voter participation. One feature of Minnesota encouraging that civic-mindedness is its state government’s policies forcing more people on to means-tested benefits than any other state in the Midwest: Recipients receive up to $31,603 tax-free dollars each year.

Unemployment does leave more time for doing other things—like going to vote. Yet from the perspective of Americans entering this brave new world, Obama’s vision may look more like an American nightmare than the American dream.

Thank you for your article. I agree that the current administration's motive is to set up a nanny state. That was evident when Obama was running for election the first term. We knew his background and his vision for wealth redistribution. Here in Los Angeles, my teenagers could hardly find work and the influx of immigrants is astonishing. There's a pervasive apathy in this town, similar to what I felt when I visited Cuba, no one is pursuing their dreams. Except the immigrants seeking a better life. And the criminals flooding in with them. As for the struggling, middle class small business owner? We're just waiting to see what's going to happen next. We need to get involved in positive change for the sake of our kids and grand kids because we've seen better days than this and it's obvious what direction our country's headed now.