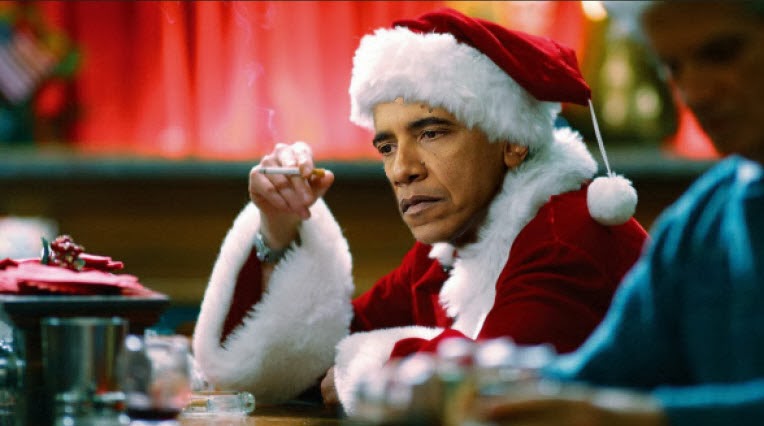 You'd be getting coal if it weren't so heavily regulated.

This spending proposal, the last to be offered by our current president, includes spending increases of $4.15 trillion (with a T), as well as $2.6 trillion in tax hikes. All of this comes on the heels of the CBO report on future federal debt. At our current spending levels, including the Omnibus bill passed last December, the annual budget deficit is projected to rise to $544 billion. This will all contribute to the national debt, sitting at record heights of $19 trillion, and is expected to rise by $9.4 trillion in the next decade. Even now, reigning in federal spending should be priority number one of all our elected officials, not increasing government programs to score a few political points.

Clearly, however, the Obama administration prefers the latter, which is why the newly proposed budget reads more like a partisan cheat sheet rather than a serious effort to work with the legislature and improve our country’s fiscal integrity. In fact, there are so many ideologically-motivated proposals that Congress is likely to disregard the entire document.

Throughout the budget plan, Obama is picking clear winners and losers with his increases in spending and taxes. Among them is the government-satellite green energy industry. In his budget, Obama plans to increase research on developing and implementing green energy sources to $12.8 billion, double the amount that the program currently receives. Furthermore, another $1.3 billion will be sent to a green Climate Fund, agreed upon at the Paris climate conference, that will allow developing countries to develop their own alternate energy markets with heavy government intervention.

A second clear winner from the Obama budget: higher education administrators. With plans to massively increase the amount of federal spending towards lower and higher education, another rise in tuition will likely follow shortly afterwards. After all, it has been recorded that recent increases in federal education funding have produced entire departments of unnecessary administrators at universities across the nation.

Of course, not everyone makes off as well as these government favorites. One of the biggest losers from the budget proposal: reliable energy sources. From the increasingly-burdensome regulations on the coal industry to the new $10 dollar tax on oil barrels (which would translate into a 22 cent-per-gallon tax on gasoline), well-established energy sources are being hindered from innovating and expanding to benefit Americans across the country, which will then disproportionately impact low-income individuals and families.

As a matter of fact, it will be the American citizens that will suffer the most from Obama’s budget proposal. Cadillac taxes on health care are expected to rise significantly. Expansions in Medicaid, Medicare, and Social Security will pose a serious cost on future generations, as more and more members of the baby-boomer generation are retiring. Taxes will increase, national debt will balloon, and the US will be all the worse just so that President Obama can take advantage of his office one last time.

Not long after Obama proposed his 2017 budget, Republican legislators immediately dismissed the document as ludicrous. Speaker Ryan tweeted out a comical, though telling, survey asking if the mountain on the cover represented the increases in debt, regulations, or taxes found in the budget plan (Hint: it’s all of the above). Many other legislators, in the both the House and Senate, have outright rejected the plan and indicated that they will propose their own budget with much less liberal use of the purse.

Whether he intended to make serious changes or not, President Obama has presented us with his last attempt at implementing his ideological agenda. Though some proposals are about as realistic as elves and flying reindeer, the potential harm done to the country, should such a budget pass, is no laughing matter.