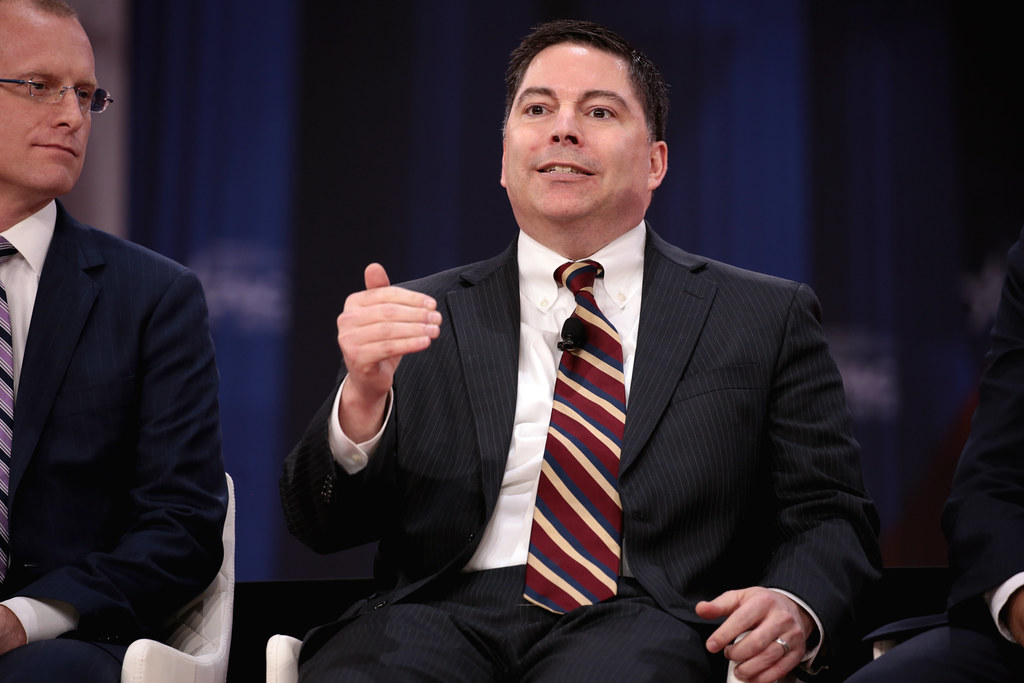 These objections are fueled by faulty logic and even outright falsehoods in some cases. The FCC put Ligado -- the recipient of said spectrum -- through years of inquiry to ensure the DoD’s capabilities were not threatened by the allocation order. Even now, the order is riddled with hoops Ligado must jump through to protect the military’s global position system (GPS). Every bogus argument constructed by defense contractors and their allies in government has been summarily dismantled by the facts.

Unfortunately, being incredibly wrong in Washington is almost never paired with simply admitting it and trying to fix your mistakes. It’s paired with doubling down and exacerbating the problem. Such is life in the swamp. It should come as no surprise that Inhofe, a long-time swamp creature, is pursuing the same route when faced with the lies he is directing at the FCC. However, very few could have predicted the lengths to which the senator would go to paper over his ignorance.

Inhofe has placed a hold on the renomination of FCC Commissioner Michael O’Rielly (pictured above) over this. He promised he will continue to hold up the nomination until O’Rielly assures the Senate that he will vote to reverse the FCC’s order on the Ligado spectrum allocation. This is concerning and appalling for a number of reasons.

The first appalling reason is the aforementioned amount of time and effort that went into Ligado’s approval. The FCC’s order was years in the making. It required expertise, intense negotiations, and numerous compromises on both sides. After all of that, a deal was reached. Sen. Inhofe threatens to throw all that away by throwing a fit on the floor of the Senate. This is someone who’s been demonstrated to be very off base on this issue and participated in not one of the conversations in the run-up to it. Instead of substantially contributing at any point in the last few years, Inhofe decides now he will hold a nomination hostage to get his way.

If this tantrum is allowed to succeed, it will decimate rhetoric in Congress even more than it already has been decimated. No one will win policy debates by being informed or making strong arguments. They will try to win them by becoming the loudest roadblock and making life as difficult as possible. This is hardly the conduct one should expect from a member of “the world’s greatest deliberative body.”

Focusing more on the “collateral damage” of this Inhofe stunt, the record of Commissioner O’Rielly speaks for itself. O’Rielly led the charge toward deregulation of children’s programming. He was a vocal leader on a potentially very thorny issue that certainly could have led to disingenuous attacks leveled against him from the other side of the aisle. He has been a fearless ally of the cause of liberty during his time on the Commission.

Commissioner O’Rielly has been on the FCC panel since 2013. This means he was in the thick of the net neutrality battle in 2015 and during the battle over its repeal in 2017. He, like Chairman Ajit Pai, faced a slew of abuse from leftist activists, but stood firm nonetheless and helped usher in the Restoring Internet Freedom Order. This is the kind of fighter we need to stick around to continue to cut unnecessary regulatory red tape.

The last, and perhaps most concerning aspect of this stunt, is that it undermines the political independence of the FCC. FreedomWorks raised this very issue in 2014 when the Obama administration postured the FCC against unfriendly media outlets. Conservative groups raised alarm bells when the IRS, under Lois Lerner targeted political opponents. The politicization of supposedly independent agencies undermines everything we hold near and dear about this nation.

Just as it was concerning that the original net neutrality order clearly came at the direct behest of the White House, it is equally concerning that a senior U.S. Senator and chairman of a powerful committee is willing to so publicly try to influence the actions of an independent agency in this way and clearly expects no consequences because of it. Just as it is concerning when the executive branch saps power from Congress, it is equally concerning when members of the legislature try to turn executive branch officials into their servants. It cannot stand.

Members of both chambers of Congress should be appalled and should be so vocally. Lovers of freedom and separation of powers ought to do the same. One has to wonder how the precedent Inhofe is trying to set might be applied under a future Democratic administration. It won’t be good for conservatives and libertarians across the nation. The slope is very slippery. Let’s make sure we stay off of it.