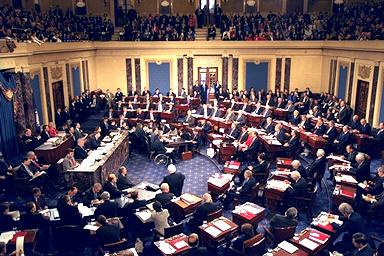 Before the Senate takes a final vote on their Republican budget proposal (S.Con.Res. 11), they will have voted on dozens of amendments. None of these amendments would have the full force of law, as the budget resolution is only an instructional document, but these votes are useful to measure where our senators stand on various issues.

Here is a list of the best amendments that FreedomWorks would like to see pass (assuming that they receive a vote) , and may score on our 2015 Congressional Scorecard if they come up for a vote. Note: this list will be updated throughout the day.

And here are some of the worst amendments, which FreedomWorks would like to see defeated. We may score votes against these amendments on our 2015 Congressional Scorecard.