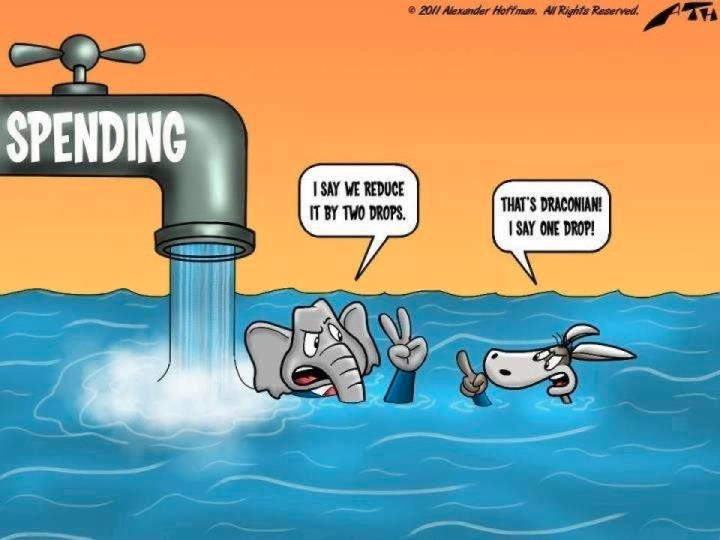 In December, Sen. Paul penned an op-ed for Time in which he said that he would vote against the budget resolution because it "increases spending, increases debt and does little to nothing to fix our fiscal mess." In a Facebook Live with FreedomWorks, Sen. Paul added, "The Bush administration went from $5 trillion debt, to $10 trillion debt over eight years. It really bothered me that Republicans became big spenders. I don’t want that to happen again."

While the spending levels in the FY 2017 budget resolution are nonbinding, they do send a message to fiscal conservatives about whether or not congressional Republicans are serious about tackling spending. As Sen. Paul said, Republicans aren't exactly guardians of taxpayers' dollars, as evidenced by the spending spree under the Bush administration. Congress has been through this process before. In May 2015, the House and Senate passed the FY 2016 budget resolution, S.Con.Res. 11, which directed committees in both chambers to begin the process of repealing ObamaCare through reconciliation. The spending levels, budget deficits, and the increase in publicly-held debt were noticeably less.

The FY 2016 budget resolution set revenue levels at $32.237 trillion and outlays at $32.602 trillion between FY 2016 and FY 2025. The budget was actually brought into balance and, indeed, began to run a surplus in FY 2023. Overall, only $365.4 billion would have been added to the budget deficit under this budget resolution. Again, both the FY 2016 and FY 2017 budget resolutions are nonbinding, making the spending, outlays, deficits, and publicly-held debt levels little more than placeholders. The main purpose of the budget resolution is to direct committees to begin the process of repeal through reconciliation.

Still, after eight years, since President Barack Obama took office, the share of the national debt held by the public has increased by more than $8.1 trillion, to $14.428 trillion. The FY 2017 budget resolution doesn't even attempt any measure of fiscal restraint. Congressional Republicans are sending a terrible message to fiscal conservatives about governance under a Republican administration.