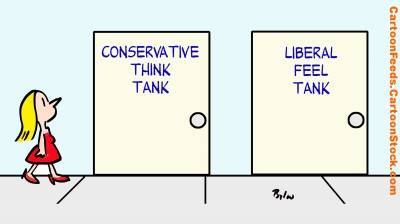 The discussion leader cited an article by Louis Woodhill at Forbes: "In FY 2012, the federal government spent about $800 billion (about 5% of GDP) on 94 separate welfare-type programs ... taxpayers might start to wonder how it was possible to spend $800 billion to lift only 40 million people out of poverty during 2012. Even if all of those people had no other income, raising them above the poverty line by simply handing them money would have cost only $260 billion." The challenge was then put forth: If Conservatives took over all branches of the federal government, what would we do, not simply to dismantle the overgrown bureaucracies, but actually to solve poverty from a societal standpoint? Would we? Should we?

A strong case can be made that we can and should address poverty in our society. To empower people to take personal responsibility for their condition and enjoy the rewards of working hard to improve their individual situation - well, that's a conservative approach to society.

So, is that the solution? Just hand out money and end all the bureaucracies? Many of the participants in the discussion group had suggestions. Several of them were of the familiar variety - reinstitute the draft, drug testing for government benefits programs, even reinstituting the WPA. These are (mostly) fine ideas, but they don't address the fundamental problem. They simply address symptoms caused by the disease of big government safety nets.

One gentleman who works with our state legislature pointed out that whenever you bring up the subject, legislators don't even have the word "poverty" in their vocabulary. It's always about economic development, job creation and tax relief. He posited that we should be bold enough to address poverty itself.

He has a point. We as Conservatives don't communicate with individuals on the lower end of the pay scale. Republican talking points are all too often geared only to job creators, not those who would benefit from economic growth. We have to tell the world that we care about solving poverty before we rail against social programs. We can advance Conservative principles that fundamentally reduce the role of government in everyone's lives, while simultaneously getting people who live below the poverty line to listen to and trust us. We just have to be bold enough to talk about what it takes to really end poverty. That conversation naturally starts with what has failed, but it must not end there.

Another gentleman mentioned a recent column by Nick Kristof (of all people) in the New York Times (of all places) titled, Where The GOP Gets It Right. Kristof lauds the party for its constant themes of Strong Families, Job Creation and School Reform. Many folks noted in this morning's discussion that it is statistically undeniable that the War on Poverty has led to the disintegration of the family unit (as Daniel Patrick Moynihan predicted in 1965), and that broken families cause a much higher incidence of poverty. Several also bemoaned the destructive forces that lead to lower teen employment rates - higher minimum wage, oppressive hiring regulations, etc. Here in Portland, Oregon, the school district also caps the enrollment at our only polytechnical high school. Vocational training is being deliberately reduced as we try to force kids into college instead of into job training programs. These are clues to what we need to oppose, and what we need to propose, to address poverty.

It was also mentioned that we cannot simply pull the rug out on all these social safety nets that too many folks have become too reliant upon. A transition period would be necessary.

If we are to advance a Conservative solution to poverty, as opposed to the liberal failure that wasted too much of our national wealth over the past fifty years, the solutions must include these factors:

Amazon Business Is Starting to Work in Healthcare

Amazon has started its entry into the healthcare industry, pitching hospital executives on its distribution of hospital supplies. Its initial successes, challenges, customer feedback and competition are all promising signs for its ability to reduce costs in healthcare.