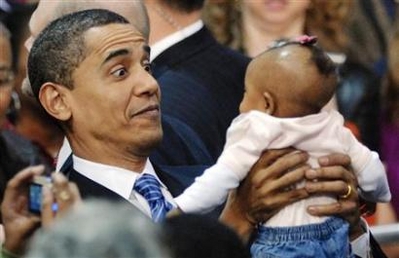 “Universal” seems to be one of the president’s favorite word these days (narrowly surpassing “let me be clear,” but still trailing “me”). The latest item on his ever-expanding list of things that government should provide for everyone is “Universal Child Care.”

It’s one of those proposals, like so many progressive policies, that sounds really nice on paper. Some parents have to work and can’t afford adequate child care, so why not help them out? But as always, the real world is not so simple. You can’t just wave a magic wand and make problems go away by throwing money at them.

The first and most glaring problem I see with the president’s proposed $200 billion in child care subsidies is the incentives such a policy would put in place. Government regulators tend to forget that public policy is not just about moving numbers around on a balance sheet. Human beings respond to changing conditions by changing their behaviors. By artificially making child care cheaper for some people, the incentive to choose work over parenting increases.

The law already demands that children spend several hours a day over a period of thirteen years being instructed in classrooms, for the most part away from their parents. Common Core standards are making it harder and harder for parents to be involved in their children’s education. The push for universal child care, along with repeated attempts by Democrats to implement universal preschool, seems to be another step towards making sure that parents never so much as see their kids until they are old enough to vote.

The flip side of subsidies reducing the cost of child care is an accompanying increase in the amount of child care demanded, meaning that more people will find it lucrative to enter the profession and price will rise, which will in turn necessitate higher subsidies, and higher prices still. It won’t be long before the 89 percent of working mothers who already have access to child care stop finding it so affordable, and become utterly dependent on subsidies that they used not to need.

If Obama really wants to help out working parents, he should embrace pro-growth policies that put more money in people’s pockets and thus allow them more time to care for their own children or a greater ability to afford professional care. Instead, he is proposing higher taxes and more regulations that will continue to depress the economy and make it harder for Americans to find good jobs.

It’s time to stop buying into the fantasy that government can just give people free goodies without any negative consequences. The promise of universal health care got us the monstrosity that is ObamaCare. Are we so unable to learn from our mistakes that the promises of “universal” services still seem like good policy?

Jack Lew, President Obama's choice to replace Timothy Geithner as Treasury Secretary, has been in Washington DC a long time. Anyone in public service that long will have quite a record of public statements that will paint an accurate picture for Senators who are considering his nomination.

It's one thing for the Obama administration itself to play fast and loose with budgetary facts, but it's an entirely new realm when the campaign cooks their numbers using questionable methods, and the media follows that up by inflating the falsehood even further.

Just when you thought media bias couldn't possibly be more blatant, along comes this article from MarketWatch, a purportedly trusted source of Wall Street news. (Never mind that MarketWatch is operated by CBS, who should change their acronym to Cooing Barack Supporters ... but I digress).This article so blatantly misrepresents the facts that it's difficult to know where to start:By Rex Nutting, MarketWatch

Click to listen! Yesterday, the House passed Paul Ryan's ten-year budget plan on mostly party lines while rejecting President Obama's budget unanimously. In my audio update this morning, I discuss the votes and give a brief look at the state of the national budget debate.

Washington, DC – Congress has approved the outline of President Obama’s $3.6 trillion budget.  Although no Republicans voted for the budget, there was bipartisan opposition to Obama’s budget as twenty fiscally responsible Democrats voted against the $3.6 budget busting plan.