You Would Be Naive to Presume the $1.9 Trillion Is Targeted at COVID 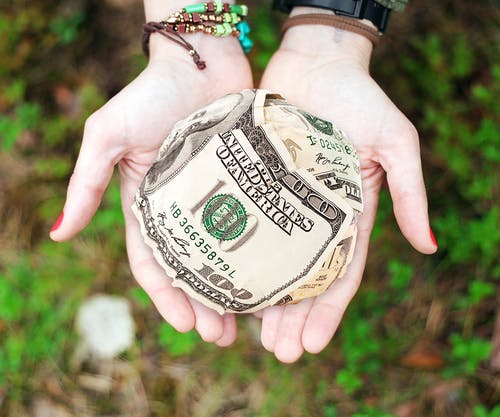 As Congress sends the latest COVID-19 “stimulus” package to the White House for President Biden’s signature, the furious and unprecedented pace at which Congress continues to approve new funds has left many observers questioning where all the money has gone. The short answer to this question is that a significant portion of those funds haven’t gone anywhere.

In fact, according to analysis by the Committee for a Responsible Federal Budget (CRFB), an estimated one-quarter of the $4.1 trillion Congress authorized in response to COVID-19 has yet to be disbursed. In other words, while Congressional Democrats were busy authorizing nearly $2 trillion in new federal spending, federal agencies still had $1 trillion left to spend on COVID-19 relief. Instead of attempting to address this gross wastefulness and redirect stagnant funding to useful purposes, Congress determined to further mortgage our fiscal future by once again adding to the national debt.

On the contrary, less than 10 percent of the funding in the American Rescue Plan goes to address issues directly related to COVID-19. Less than 1 percent of the funding goes to support the national vaccine rollout that was a central pillar of then-candidate Biden’s platform. Instead, Democrats used COVID-19 relief as a guise to pass a laundry list of leftist agenda items. Direct payments to individuals, Obamacare expansion, and bailouts for state and local governments were all included in the American Rescue Plan. To top it all off, the progressive wing of the party even tried to sneak in a job-killing $15 minimum wage hike before the Senate Parliamentarian ruled that it violated the Byrd Rule and, thus, couldn’t be passed through reconciliation.

Especially given the fact that the federal government posted a record $3.1 trillion deficit last fiscal year, one would think that our appropriators would be taking a hard look at wasteful spending. Reports that the Department of Justice has already “charged over a hundred defendants with fraud” in connection to the CARES Act -- a previous COVID-19 spending package -- should also stir Congress to take a harder look before it throws more money at a problem that money cannot fix. Yet, the conversations seem all but absent on Capitol Hill except amongst the most hardline fiscal conservatives.

Democrats’ tendency to push multi-trillion dollar packages for everything from healthcare to infrastructure means that the amount of waste amongst COVID-19 stimulus might not be surprising, but it should be worrying. The lack of accountability and copious amount of wasted taxpayer money throughout the last year of repeated rounds of economic stimulus are indicative of the way Democrats’ unified government plans to operate. Legislating and appropriating without any modicum of fiscal restraint will only drive our country further into debt, jeopardizing our economic health and place in the global community by increasing our reliance on foreign countries who finance our debt.

As the federal deficit for FY 2021 is already on track to exceed the record $3.1 trillion in FY 2020, and the national debt has soared to exceed $28 trillion, it has become even more important that fiscal conservatives in Congress form a bulwark against new spending. Though a government unified under Democratic control makes it difficult to corral the budget, conservatives should at least seek ways to increase accountability for new spending and fight to reduce the wastefulness of future legislation like the American Rescue Plan.

Democrats have shown that our nation’s fiscal health is not a priority for them. Republicans should use this as an opportunity to strengthen, or reinvigorate, their resolve in fiscal restraint.